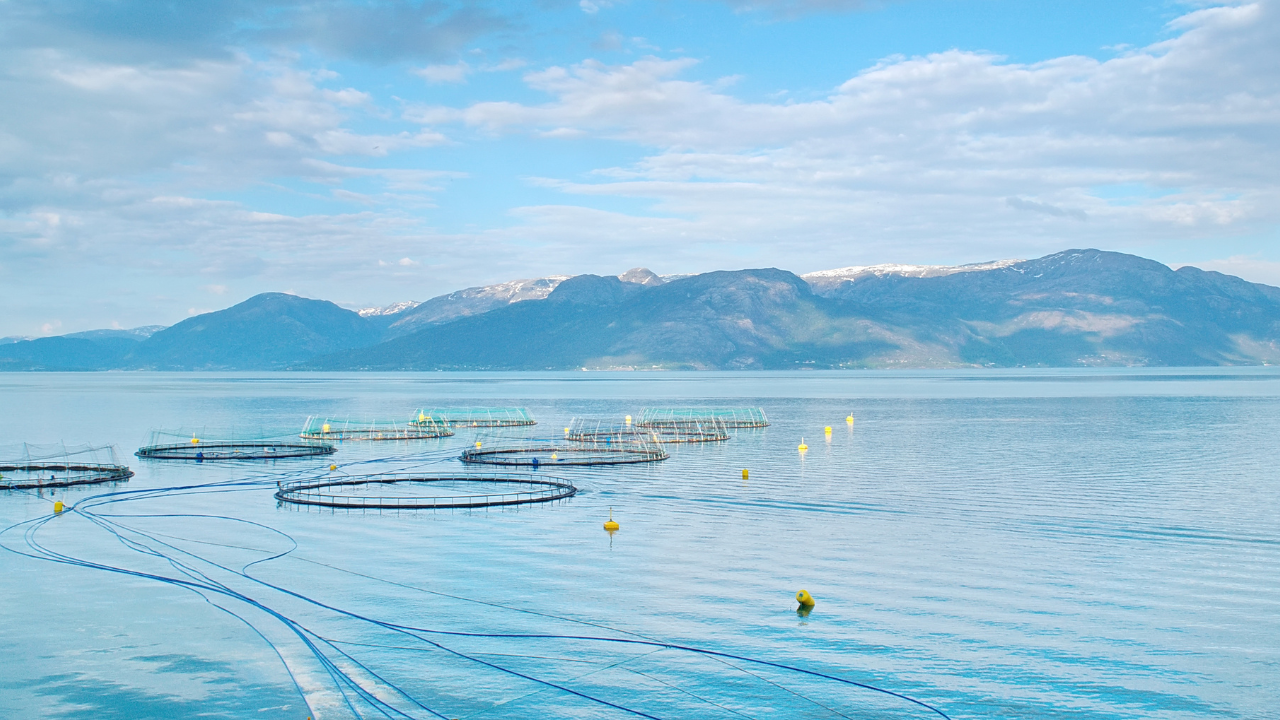 This one word has guided my choices in the seafood department. Wild caught fish conjures up images of fish flourishing in their natural habitat of churning water and fishermen casting nets to reel in the fresh catch of the day.  The reality is this aspirational desire to ‘live off the land and sea’ is becoming unsustainable due to environmental impacts on rivers and seas, overfishing, and increasing consumer demand.

Wild salmon does indeed offer some nutritional benefits over its farmed counterparts, but I believe there is also a place for farmed salmon after our recent trip to Norway.

Traveling throughout this Scandinavian country was like being immersed in an idyllic postcard featuring magnificent rock formations, waterfalls, and tiny waterside villages. We had the chance to explore the pristine waterways surrounding Norway aboard a small ship. It was able to navigate the narrow passages of the Norwegian Sea carved by glaciers.  During one of our days at sea, we marveled at what appeared to be giant, roped-off swimming areas. Instead of children’s heads bobbing in the water, there were teems of fish frolicking in the icy waters of the Norway fjord. Fish farming in action.

There are two main salmon types, Pacific and Atlantic. Pacific salmon is from the genus Oncorhynchus and includes familiar types like coho, sockeye, and king. The North Pacific, specifically the Alaskan salmon fisheries, provide around 90% of wild-caught salmon in North America. In contrast, Atlantic salmon, the type ocean-farmed in the United States (US) and Norway, is from the genus Salmo. Sadly, this salmon type has borne the brunt of overfishing and environmental impacts. Wild Atlantic salmon is listed on the United States endangered species list, prohibiting commercial and recreational fishing for wild Atlantic salmon.  As a result, all Atlantic salmon available in US markets is farmed.

Fishing: A way of life

Fishing has long been part of the Norwegian lifestyle. Historically, Norwegians livelihood, economy, and culture centered around fishing.  Like the US, over time, the demand and environmental pressures on Norway’s wild salmon population began to surface. In 2021, after years of dwindling numbers, wild Atlantic salmon were placed on the Norwegian Biodiversity Information Centre’s red list in the ‘Near Threatened’ category. Norway’s farming of salmon, cod, trout, and other fish was born out of a need to find a sustainable way to manage the demand for seafood.

The UN’s Food and Agriculture Organization agrees that fish farming, known as aquaculture, is essential in meeting the world’s demand for seafood. Aquatic food production is forecast to increase 15% by 2030. The UN’s Blue Transformation initiative is designed to help expand aquatic food systems to help meet the world’s growing population.

Like wild salmon, farm-raised salmon begin their life in the protective environment of freshwater. After growing larger and completing a natural maturation process called smoltification, the young salmon are transferred to their gated community that exists deep in the sea. Their fish food pellets are made of a mix of vegetable protein, carbohydrates, oils, and fish meal which in turn lead to their nutritional profile that differs from wild salmon.

The most remarkable difference between wild and farm-raised salmon is the amount and type of fat. Farmed salmon has three times the amount of total fat than that of wild salmon. With the farmed salmon’s environment requiring less physical activity and more concentrated feed, it’s naturally conducive to developing more fat stores.

Based on a recent report, another bright spot on farmed Norwegian salmon is the low level of contaminants. Both polychlorinated biphenyls (PCBs) and heavy metals like mercury were lower in the farmed versus wild salmon.

Pritikin, the American Heart Association, and other leading health organizations recommend at least two fatty fish dishes per week to ensure adequate intake of these cardioprotective fats. Results from observational studies have consistently shown that higher consumption of fish and higher dietary and plasma levels of omega-3s are associated with a lower risk of heart failure, coronary disease, and fatal coronary heart disease.

Consuming at least two fatty fish dishes per week, be it wild salmon from the Pacific Northwest or farmed salmon from Norway provides a high-quality protein source with beneficial fats for our heart health. As I head to the seafood department at the grocery store, my wild tendencies will be tempered by the knowledge that Norway is providing good stewardship over their farm-raised fish and that I’m investing in a sustainable protein source that’s protecting our natural resources.